Although that broad statement may not be entirely accurate, the same natural forces which are vital to the emergence of all forms of plant growth every Spring also contribute to the growth of algae.

As has been described in earlier Charles Aquatics’ newsletters in our corporate WebSite (to which the reader is referred) algae and probably its most undesirable manifestation as an algae bloom occurs in many forms. Since the management of aquatic algae growth is of primary interest to fresh waterway owners, the breezes of Spring which spread the all-too-familiar pine pollen also contribute to the wide and often indiscriminate distribution of ―roaming‖ forms of algae—another factor which adds to the difficulty of controlling the spread of algae.

The growth and proliferation of algae are also encouraged by nutrients primarily consisting of nitrogen and phosphorus which are essential elements to algae growth. Since those nutrients are prevalent in many waterways, the management of algae growth is primarily aimed at the control of those nutrients. Waterway owners can provide a degree of algae growth control by limiting the amount of those nutrients added to waterways. Runoff of fertilizers used for landscaping adjacent ponds is a major source of nitrogen and the addition of residential wastewater laden with household detergents provides phosphorus to waterways.

Algae, a singularly unique form of aquatic plant life, range in size from single cell microscopic forms to multicellular types to the more complicated forms which resemble submersed plants. Algae can also be further divided into (1) the planktonic types, which are the simplest forms and are made up of single cells or small colonies of algae cells; (2) the more complicated filamentous types which consist of chains of algae cells joined together to form thread-like structures and which can attach to waterway sediments where unsightly floating mats may develop; and (3) the macrophytic algae types, the most complex of the aquatic algae, of which some have been confused with aquatic plants since they develop stems and root structures in waterway sediments.

Although pond and lake owners are often preoccupied with some of the negative features of algae growth in waterways (and especially by the familiar eyesore, the ―algae bloom‖- defined as a rapid, uncontrolled –and frequently harmful–overgrowth of algae), algae like many other aquatic plant life forms provide vital oxygenation to and a reduction in the carbon dioxide content of waterways, as a function of algae life processes. Some algae rid waterways of undesirable nutrients and are also a source of food to many forms of aquatic animal life.

Aquatic managers can also provide a degree of management of algae growth with the use of professionally applied amounts of aquatic chemicals or algaecides specifically formulated to control algae. Among the more cost effective cell toxic algaecides are the liquid and granular copper products (primarily copper sulfate) and the contact acting liquid and granular endothall products. All chemical algaecide applications must be carefully ―customized‖ to the type algae targeted as well as to the amounts of algaecide applied since large amounts of dead and
decomposing algae cells can severely deplete waterway oxygen levels essential for fish and other
aquatic life form’s survival.

Since sunlight is another essential for algae life processes, certain blue dyes (although not strictly classified as algaecides) have been introduced into deeper waterways with some degree of success to limit algae growth. Another chemical means of algae management is with the use of aluminum sulfate (also not classified as an algaecide) which precipitates phosphorous, one of the listed factors essential for algae growth.

Physical or mechanical removal of algae remains a technique of limited effectiveness because of its relatively high cost and since it is usually limited to the collection and removal of already dead, unsightly algae mats floating on the surface of waterways.

Genetically sterilized aquatic weed eating triploid grass carp have been shown to feed on mat forming algae as have tilapia which are also somewhat effective in algae control and management. Another more ―environmentally and esthetically friendly method of physically managing algae growth is by the installation of mechanical aerators. These bubble producing aeration devices, marketed by Charles Aquatics, Inc., increase oxygenation levels of waterways thereby improving fish habitat and aid in preventing the release of certain forms of phosphorus essential for algae growth.

Another recently developed, environmentally―friendly, and very effective physical method of managing all forms of algae is with the installation of an electrically powered sonic wave producing device into algae infested waterways. LG Sonic algae control units operate 24/7 for algae management, are cost effective, have very low energy consumption, require minimal maintenance, provide major reductions in the need for algaecides, and can be energized by solar power. The LG Sonic device has been successfully used to manage algae growth in the Jacksonville area as well as in many other parts of the world.

Although the control of algae and algae blooms can be challenging, Charles Aquatics, Inc. can provide the means to meet all your aquatic management needs. 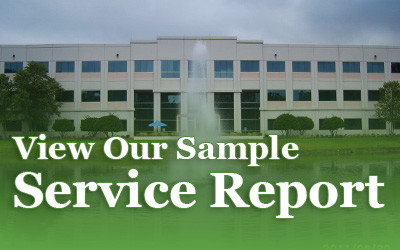 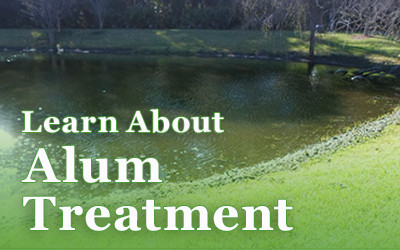